We specialize in raising funds to finance infrastructure investments, working with our partners and co-investors to de-risking and value engineer infrastructure assets, with a view to delivering sustainable, carbon+™ businesses that catalyse Africa’s development, whilst generating predictable returns and asset value appreciation for sophisticated emerging market investors (EMIs). 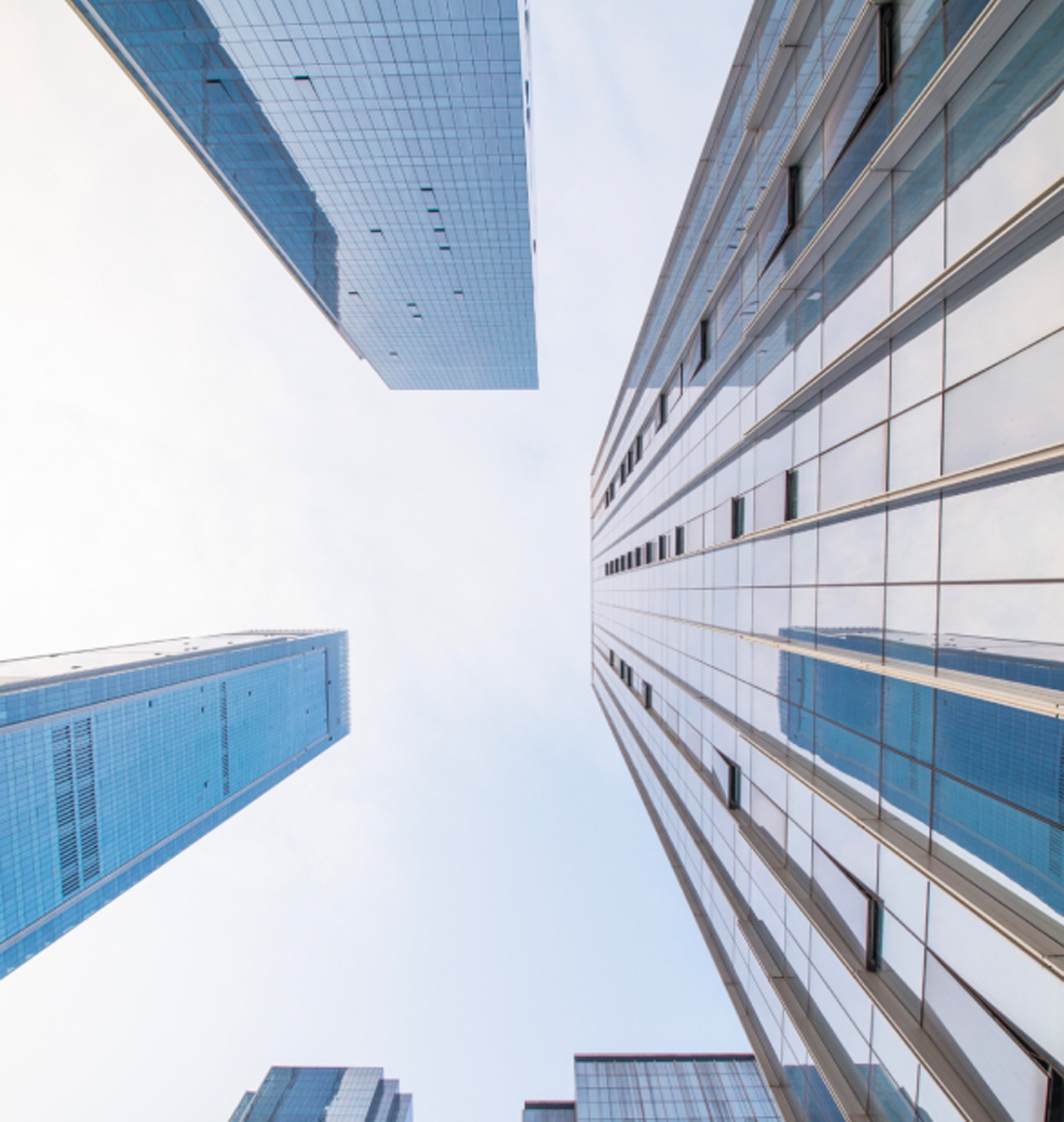 Strategic Positioning for investment and Partnership

We deploy our unique expertise at the earliest stages of project development, originating a mix of partially and fully developed projects that can benefit significantly from our value engineering and core investment model de-risking expertise, thereby investing in the highest quality projects with the potential to become fully fledged, sustainable infrastructure businesses. Our focus on value investing and ESG principles, coupled with the strong governance positions we take in our investments, enables us to be the partner of choice for sophisticated EMIs and Development Finance Institutions (DFIs) seeking exposure to Africa’s missing middle infrastructure category across Sub-Saharan Africa.

Africa Plus Partners is fully licensed and accredited by the Securities and Exchange Commission (SEC) Nigeria and our existing funds have a combined estimated value of over $600 million. 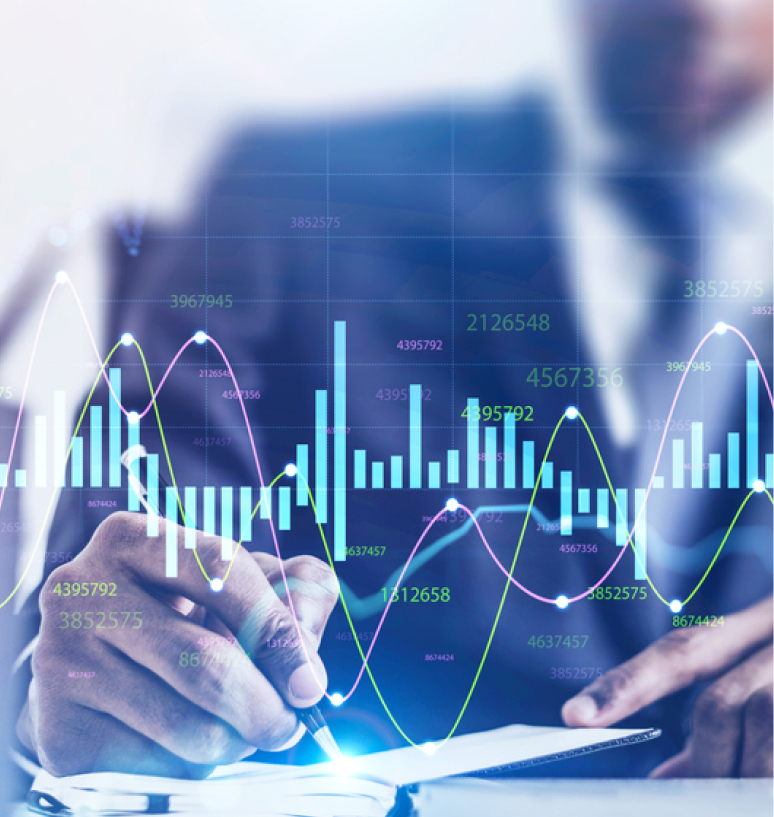 Sub-Saharan Africa remains one of the fastest growing across the world and we recognize that effective infrastructure is vital for economic growth and development of the African continent. Our investment philosophy is geared towards bridging infrastructure gaps while securing predictable and risk-adjusted returns on capital deployed.

Sub-Saharan Africa remains one of the fastest growing across the world and we recognize that effective infrastructure is vital for economic growth and development of the African continent. Our investment philosophy is geared towards bridging infrastructure gaps while securing predictable and risk-adjusted returns on capital deployed.

We are committed to:

Being a value investor and catalyst for infrastructure development in Africa

Trusted vehicle for partnerships investments in essential utilities and services

120 years of cumulative experience in management, investing and infrastructure

Executive Chairman of APPL and Chief Executive Officer at AIPF

Executive Chairman of APPL and Chief Executive Officer at AIPF

Anhad Narula is a founder and current chairman of Africa Plus Partners. He sits on the investment committee of AIPF I, AIPF II and AAA/InfraCo, where he leverages over twenty years of hands-on experience leading infrastructure projects across Africa and Asia. Prior to founding Africa Plus Partners, Anhad was a Director at DSC Africa – a well-established EPC and equity investor, where he led several infrastructure deals to successful completion. Anhad is an accomplished executive with a proven ability to mobilize and execute complex projects in challenging emerging markets. He has been at the center of infrastructure projects with a combined value in excess of USD700m. He has an MBA from Harvard Business School and a master’s in engineering from the prestigious Imperial College London. Anhad is passionate about leveraging his skills and international relationships to deliver large, complex infrastructure projects that are sustainable and built on robust environmental, social and governance risk management practices. ‘Niran has been directly involved in creating debt instruments for major infrastructure projects in Nigeria. In Nigeria, he has held senior positions in notable organizations such as GTBank, FirstBank, Stanbic IBTC and more recently Access Bank, where he was appointed Regional Manager for the firm’s corporate and investment banking division in Nigeria’s most vibrant and economic region. He has extensive experience working in North America, where he worked for internationally reputable brands including Citigroup, Wells Fargo and PricewaterhouseCoopers, executing complex deals on-behalf of some of the largest firms in the country. 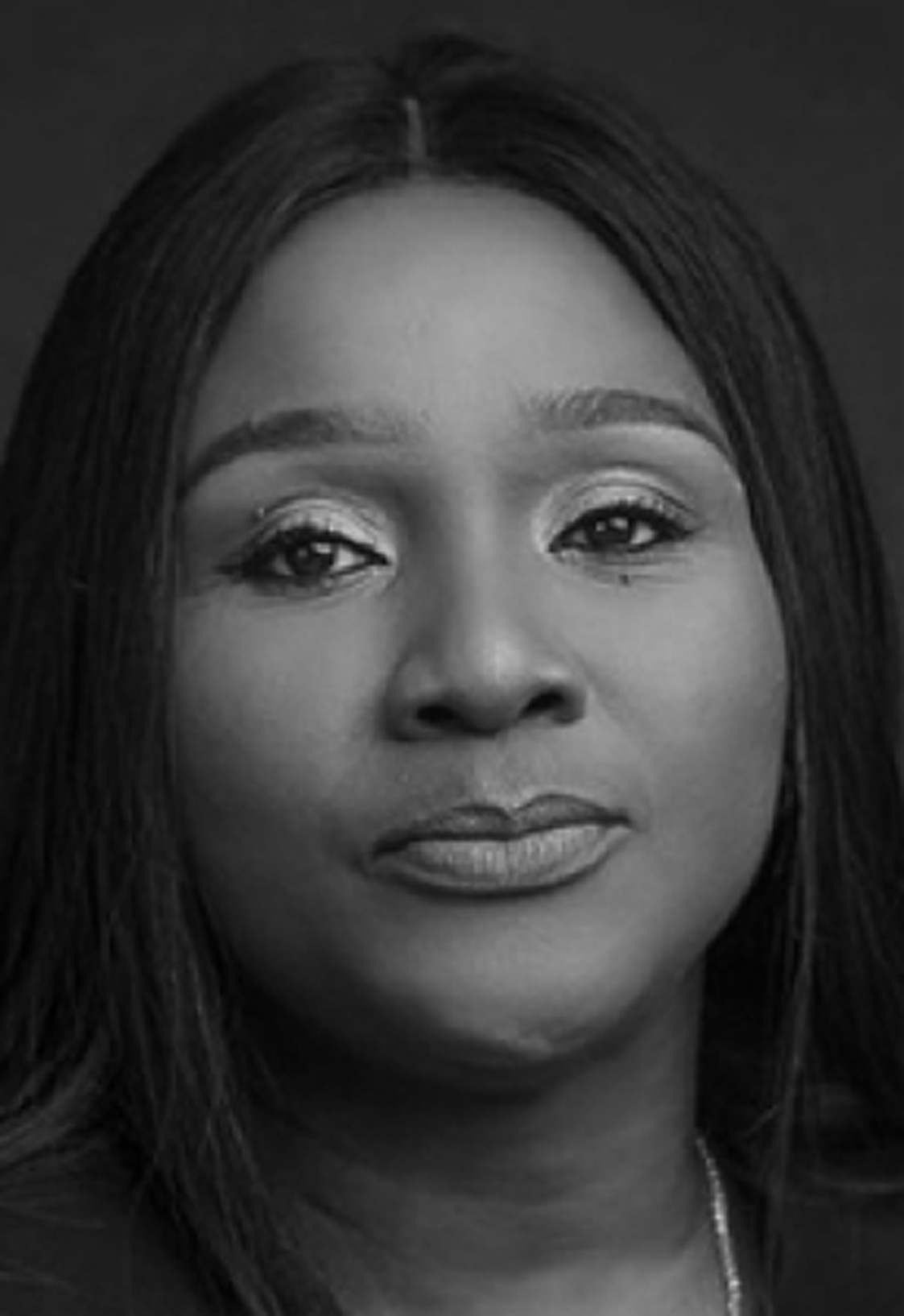 B. Sc – Economics University of Ibadan

Ayotunde is an established professional lawyer with over 18 years’ work experience. He has built a reputation for execution, achieving set goals and objectives efficiently on behalf of clients and key stakeholders he supports. She joined the prestige offices of Banwo & Ighodalo in 2001 and has since been involved in nearly all the firm’s corporate and project finance, mergers & acquisitions, and banking and securitization transactions. She currently heads the corporate finance group of Banwo & Ighodalo. Mr. Olsen has over 20 years of experience in mortgage and real estate financing, trading, brokerage and sales. He is the Founder and Managing Member of ARC Private Equity, a US-based private equity company focused on acquisition, lending and merchant services. He has been responsible for all of the firm’s acquisitions and evaluating the performance of the firm’s mortgage portfolio Andy Uche Jibunoh is a seasoned professional builder and Managing partner of Africa Plus Dolphin Works. He joined the Royal Chartered Institute of Building, United Kingdom in 1995, thereafter, he became a member of the Nigerian Institute of Building in 2010. Before his appointment as the Managing Director of APD, he was the Executive Director, Operations for Costain (West Africa) Plc – one of the largest civil engineering firms in West Africa. This position had him organize and effectively manage projects for the company Pan-Nigeria. His clients included Government parastatals and major corporations such as Shell Petroleum Development Company, Shell Trustees Nigeria Limited, NNPC and ETF, amongst others.

His experience effectively started as a graduate trainee with the construction management division of Costain International UK, where he was part of the team that started and finished the construction of a 2000-seater concert hall in Basingstoke Hampshire in the UK.

Thereafter, he worked for 15 years with Costain West Africa. As Managing Partner of Dolphin Works, he has overseen the successfully deliver projects for several notable organisations, including GTCO, Oando, FBN Mortgages, Haven Homes, Uraga Real Estate, Stanbic IBTC, Lakepoint Towers, amongst others. He was also the Project Director for the construction of the 10,000-seater Church Auditorium for House on the Rock Church – one of the largest of its kind in Africa. He is on the Governing Council of Grange School and serves as Chair, Construction Skills Sector for the Lagos State Technical and Vocational Education Board. 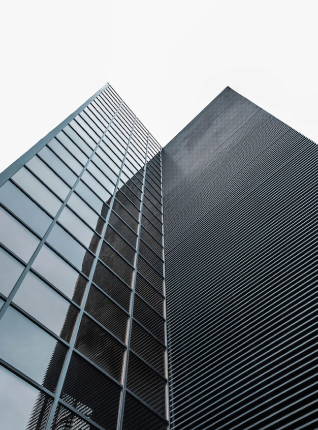 We take strong governance positions in investee businesses, enabling us to bring our wealth of experience and professional networks to ensure long-term sustainability and adherence to best-in-class ESG practices that in turn deliver superior returns to sophisticated emerging market investors.

We are committed to delivering carbon mitigating investments aligned with best-in-class ESG principles. Our Fund managers, working closely with our governance structures and technical partners, aim to deliver carbon+ weighted funds with a transformative impact on host communities and the economy. 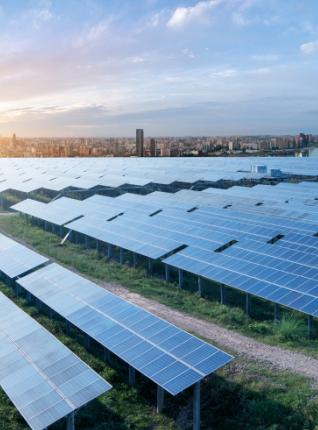 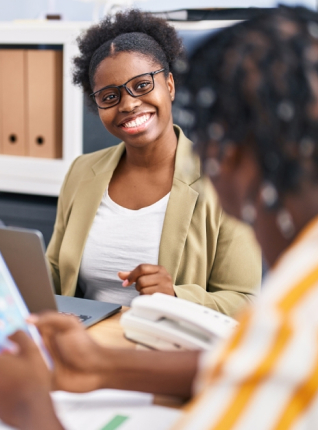 We have built key relationships with commercial lenders, development finance institutions, pension funds and savvy investors. We have created a successful management approach built on our unique de-risking and value engineering capabilities, in addition to a keen focus on best-in-class ESG principles for infrastructure development and investing

Strong governance positions in support of value generation and impact

We are actively engaged in the management of our infrastructure assets, proactively supporting optimal business planning and strategy, thereby delivering predictable and robust outcomes for investors and all key stakeholders. 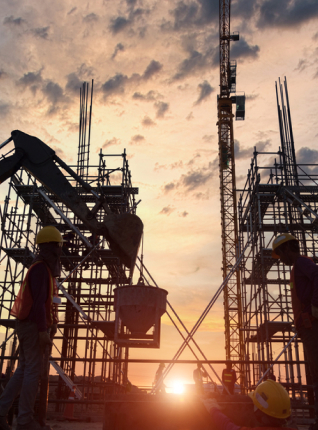 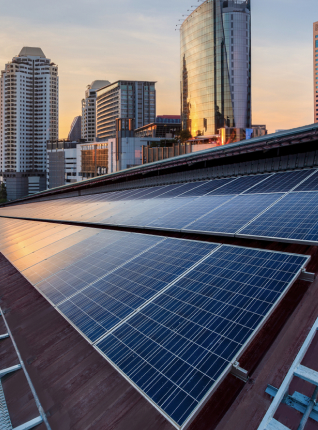 As development catalysts, we fund and invest intellectual capital in support of programmes and strategic initiatives aimed at catalysing investment into sustainable infrastructure businesses, essential utilities and services that enhance economic indicators of host nations and communities, whilst delivering predicable and superior returns and value appreciation for investors. 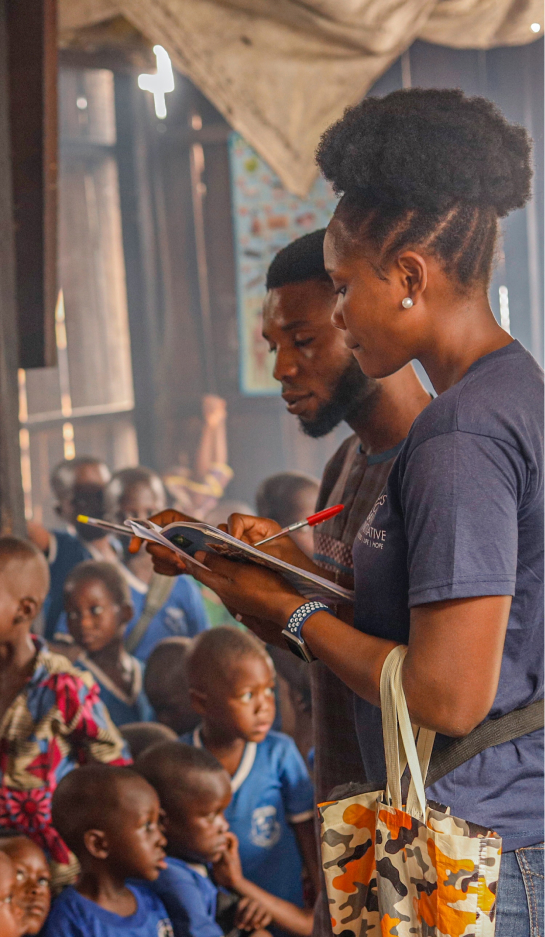 Our focus is also not restricted to the fiduciary aspects fund management and investing. We are also actively interested in and involved in social development and capacity building within our host communities, actively targeting stakeholder groups with the capacity to catalyse Africa’s socio-economic development.
Making a positive contribution to the communities in which we operate is fundamental to our business and companies with which we work. Green investments for sustainability are at the core of our approach to investment decision making and asset management, and we are committed to meaningfully helping communities through charitable giving and support.

Some of our keystone engagements include:

Do you have questions?

Send us a mail at [email protected]